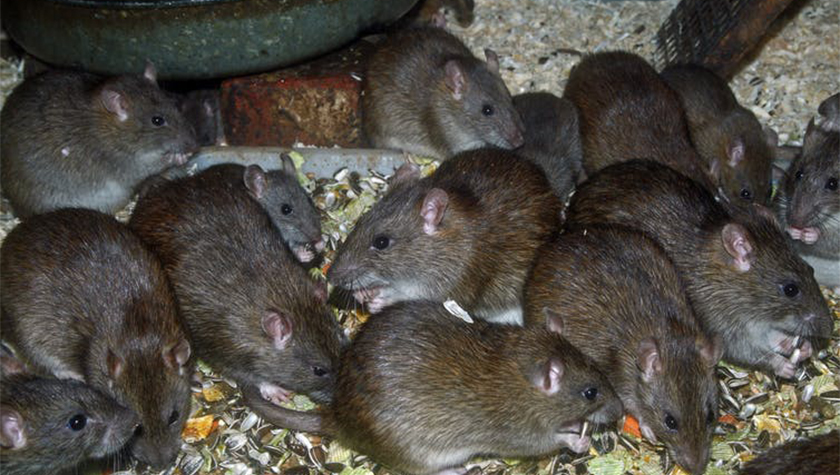 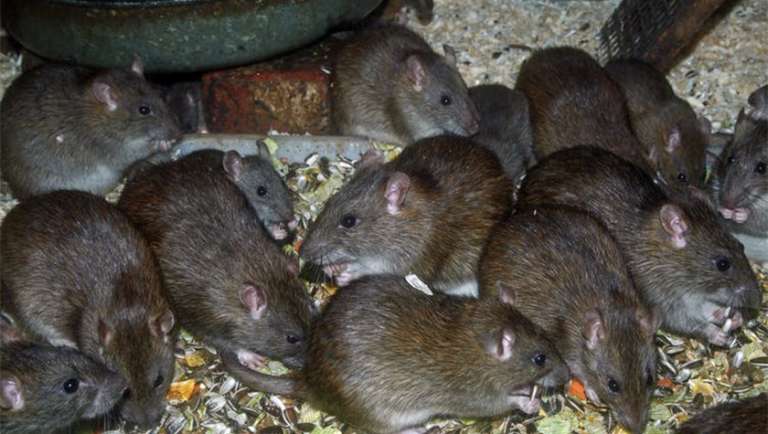 It took only a few seconds to spot one. Then another. As I walked into the small park around noon, dozens of rats could be seen scurrying in every direction. They dashed in and out of burrows scattered around the planting beds. They scampered between the safety of shrub cover and the trash bins containing a smorgasbord for them to feed on. They leaped on and off the unoccupied benches encircling the park. The rats of Churchill Square had returned.

I study urban rats, but this tiny park in New York City – at the intersection of Bleecker Street and 6th Avenue in the Greenwich Village section of lower Manhattan – has been a side curiosity of mine. The first time I visited the square, I was just looking for a place to sit for a few minutes during a family excursion.

But an urban ecologist is never really off the clock in the city. I had never seen so many rats in such a small area. Rats are generally nocturnal, so the high activity during daylight probably meant the infestation was severe, which increases the risk of disease transmission to people, damages urban infrastructure and even takes a toll on the mental health of residents. The health, economic and social impacts of rat infestation can be significant.

While rats – Rattus norvegicus, to be specific – in New York City are not unfamiliar to residents, the Churchill Square rats had become too comfortable. Too established. Too numerous. The following year, rodent bait stations appeared around the park. The familiar black boxes are filled with edible bait containing rodent-killing compounds – rodenticides – that technicians can replace easily on a set schedule. It seemed to work remarkably well; there wasn’t a rat to be seen in Churchill Square during my visits that year.

Yet rats are superbly adapted to forage efficiently, breed often and produce enough progeny to repopulate quickly. So despite the millions of dollars spent annually to combat rats, their numbers appear to be increasing in cities around the world. Most rat populations also rebound quickly after a control campaign ends – a phenomenon known as the “boomerang effect.” Churchill Square is an example of this effect; when the rodenticide stations were removed, the rats returned.

They’re back, but they’re different

While the return of the rats is nearly assured, my colleagues and I recently found that the repopulating rats are fundamentally different than the rats present before lethal control was carried out.

For example, an intensive eradication campaign in 2015 in parts of Salvador, Brazil succeeded in cutting the rat population in half, but also led to a 90% reduction in the genetic variation contained within those populations. This included the loss of many of their rarest gene variants. A broad variety of genetic information is thought to be essential for organisms to respond to and remain viable in changing environments. In addition, because the survivors were more closely related to each other, there was also a greater risk of inbreeding among the remaining rats. All of these impacts observed in the Salvador rats constitute what scientists call a genetic bottleneck – and a particularly severe one by any standard.

Genetic bottlenecks are almost always considered in the context of vulnerable populations of conservation concern, not a notorious pest. And the overarching concern is usually long-term survival of the imperiled population. But, pest species like rats, mice, roaches and bed bugs are subject to repeated intentional attempts to deplete their populations through lethal control.

The problem is that there is rarely coordination between pest management staff working with cities or property owners, often with short timelines and insufficient budgets, and scientists interested in tracking the long-term viability of urban pest species.

As the environmental health coordinator for the city of Somerville, Massachusetts, Georgianna Silveira is on the front line of efforts to integrate pest management and policy decisions with a scientific perspective on long-term trends. “Most of these partners are not thinking in the long-term for rat populations,” Silveira notes. “In a practical sense, it’s about putting out fires with quick solutions,” often because there is too little communication among residents, city agencies, pest management professionals and scientists about sustained goals.

Survival of the fittest super rats…

For the city rats that survive lethal control, there are two long-term outcomes that our research team is investigating now. The first, and most concerning, is tied closely to the idea of “survival of the fittest.” 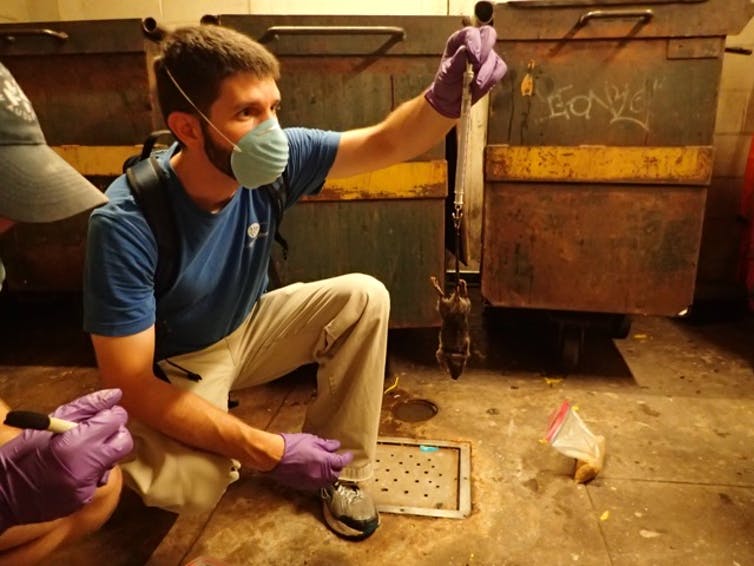 But it is immensely challenging to study these aspects of rat biology in wild populations, especially in urban environments. Genetic insights may provide the most practical way to assess the impacts of control efforts, including a way to measure these impacts in a standardized way for cities around the world. Regardless, we know that urban rat control needs to progress beyond just trying to poison them.

Comprehensive rodent control will need to focus on long-term and sustainable goals, reducing populations to tolerable numbers using varied tools like rodenticide, dry ice and even applying contraceptives to reduce fertility. And of course the low-tech – yet most effective – approach of reducing trash availability and installation of rodent-proof garbage cans must be included. Meanwhile, research will shed light onto what effect all of this money and effort is having on urban pests – is it eroding their viability, or turning the gears of evolution to create unintended super organisms? 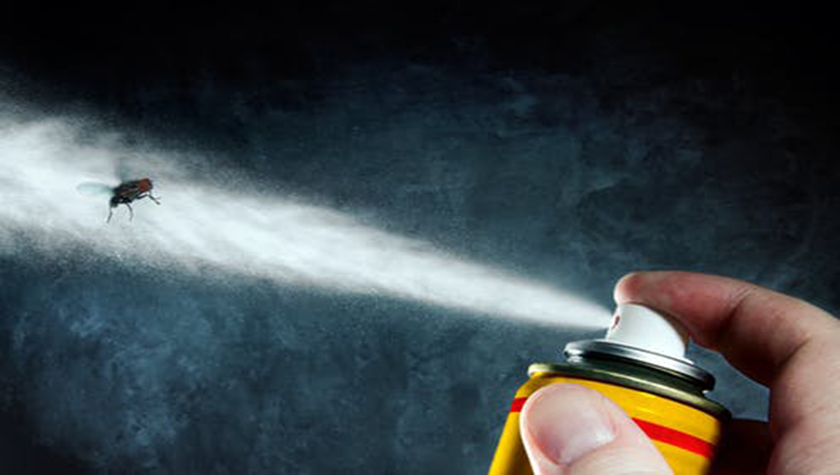 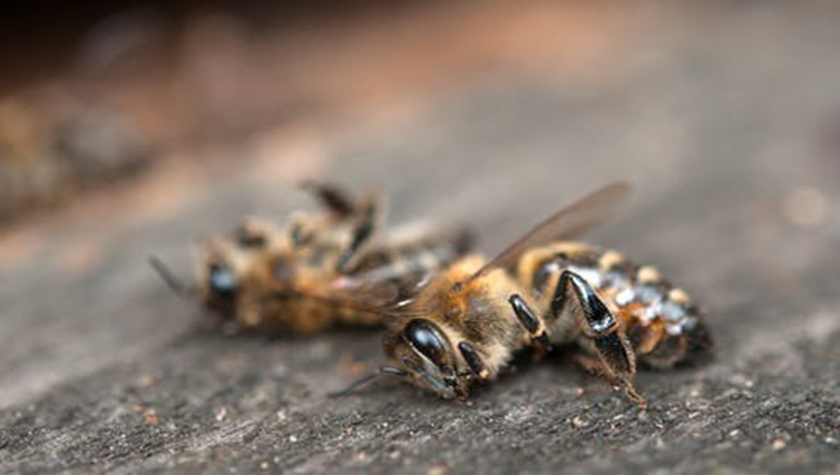 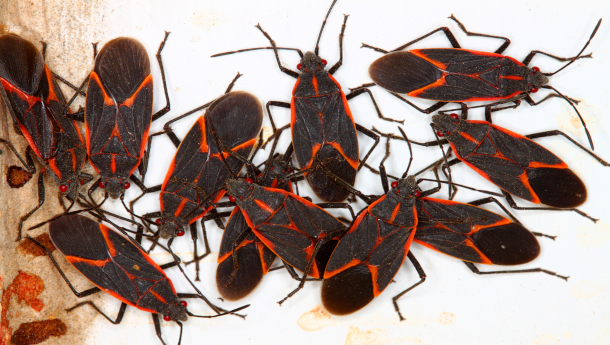 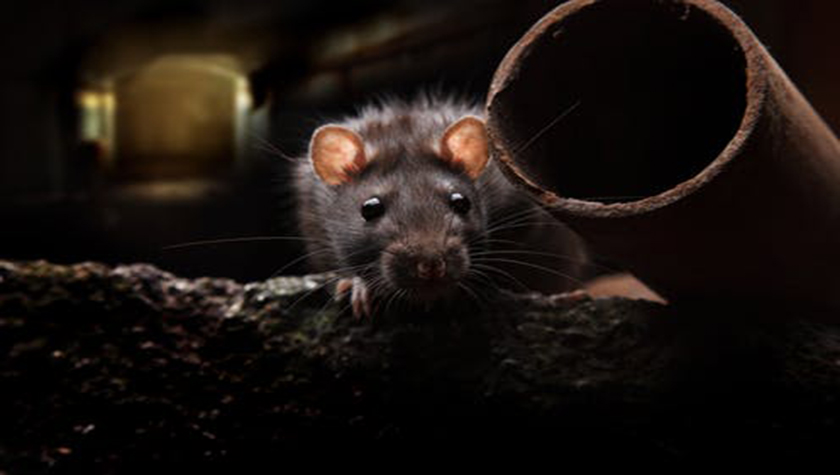