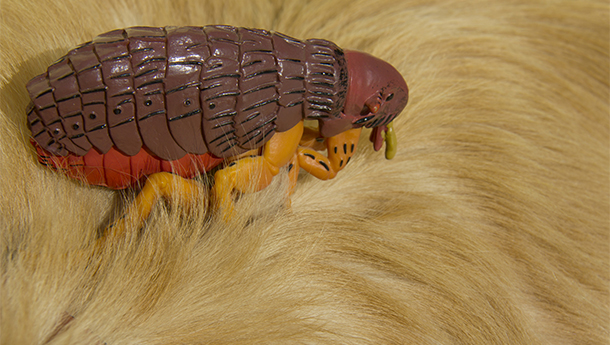 Flea, the common name for the order Siphonaptera, includes 2,500 species of small flightless insects that survive as external parasites of mammals and birds. Fleas live by consuming blood, or hematophagy, from their hosts. Adult fleas grow to about 3 mm (0.12 in) long, are usually brown, and have bodies that are “flattened” sideways or narrow, enabling them to move through their host’s fur or feathers. They lack wings, but have strong claws preventing them from being dislodged, mouthparts adapted for piercing skin and sucking blood, and hind legs extremely well adapted for jumping. They are able to leap a distance of some 50 times their body length, a feat second only to jumps made by another group of insects, the superfamily of froghoppers. Flea larvae are worm-like with no limbs; they have chewing mouthparts and feed on organic debris left on their host’s skin.

The Siphonaptera are most closely related to the snow scorpionflies, or snow fleas in the UK, formally the Boreidae, placing them within the Endopterygote insect order Mecoptera. Fleas arose in the early Cretaceous, most likely as ectoparasites of mammals, before moving on to other groups, including birds. Each species of flea is more or less a specialist with respect to its host animal species: many species never breed on any other host, though some are less selective. Some families of fleas are exclusive to a single host group; for example, the Malacopsyllidae are found only on armadillos, the Ischnopsyllidae only on bats, and the Chimaeropsyllidaeonly on elephant shrews. 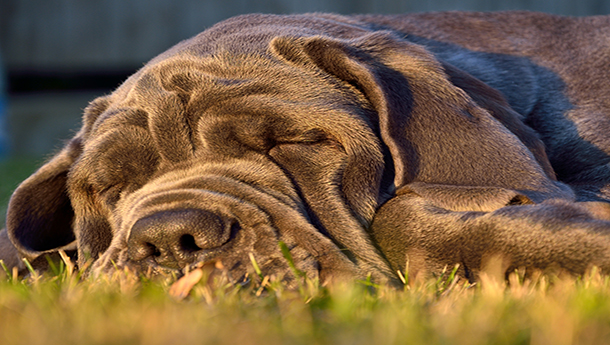 Fleas are wingless insects, 1/16 to 1/8-inch (1.5 to 3.3 mm) long, that are agile, usually dark colored (for example, the reddish-brown of the cat flea), with a proboscis, or stylet, adapted to feeding by piercing the skin and sucking their host’s blood through their epipharynx. Flea legs end in strong claws that are adapted to grasp a host. Unlike other insects, fleas do not possess compound eyes but instead only have simple eyespots with a single biconvex lens; some species lack eyes altogether. Their bodies are laterally compressed, permitting easy movement through the hairs or feathers on the host’s body (or in the case of humans, under clothing). The flea body is covered with hard plates called sclerites. These sclerites are covered with many hairs and short spines directed backward, which also assist its movements on the host. The tough body is able to withstand great pressure, likely an adaptation to survive attempts to eliminate them by scratching. Fleas lay tiny, white, oval eggs. The larvae are small and pale, have bristles covering their worm-like bodies, lack eyes, and have mouth parts adapted to chewing. The larvae feed on organic matter, especially the feces of mature fleas, which contain dried blood. Adults feed only on fresh blood.

A FEW STEPS TO HELP YOU WITH FLEAS

Below are a few steps, along with trained pest control professionals, you can take to help rid your home or business of a flea invasion.

Keeping notes of their location in your home or business helps and should be discussed with us prior to service.

The flea killer that we use is designed to protect your home or business for an extended period of time.

Call us! After discussing your options and with your approval, we will begin to rid your home or business of those nasty fleas.

For residential and commercial customers, we offer scheduled return visits at locked-in pricing. This saves you money while maintaining a flea-free environment.

Their legs are long, the hind pair well adapted for jumping; a flea can jump vertically up to 7 in (18 cm) and horizontally up to 13 in (33 cm), making the flea one of the best jumpers of all known animals (relative to body size), second only to the froghopper. The flea jump is so rapid and forceful that it exceeds the capabilities of muscle, and instead of relying on direct muscle power, fleas store muscle energy in a pad of the elastic protein named resilin before releasing it rapidly (like a human using a bow and arrow). Immediately before the jump, muscles contract and deform the resilin pad, slowly storing energy which can then be released extremely rapidly to power leg extension for propulsion. To prevent premature release of energy or motions of the leg, the flea employs a “catch mechanism”. Early in the jump, the tendon of the primary jumping muscle passes slightly behind the coxa-trochanter joint, generating a torque which holds the joint closed with the leg close to the body. To trigger jumping, another muscle pulls the tendon forward until it passes the joint axis, generating the opposite torque to extend the leg and power the jump by release of stored energy. The actual take off has been shown by high-speed video to be from the tibiae and tarsi rather than from the trochantera (knees).

Fleas are holometabolous insects, going through the four lifecycle stages of egg, larva, pupa, and imago (adult). In most species, neither female nor male fleas are fully mature when they first emerge but must feed on blood before they become capable of reproduction. The first blood meal triggers the maturation of the ovaries in females and the dissolution of the testicular plug in males, and copulation soon follows. Some species breed all year round while others synchronise their activities with their hosts’ life cycles or with local environmental factors and climatic conditions. Flea populations consist of roughly 50% eggs, 35% larvae, 10% pupae, and 5% adults.